My fascination with heavenly bodies began back in Form 4 or Form 5. I can’t remember exactly but it was during the time I joined my school’s astronomy club. Armed with a telescope and a tattered constellation chart, we made regular outings to Lake Gardens and other dark places.

For many of the boys, the principal objective was to get close to the gamma virginis. Somehow, there was something appealing in a Form 6 girl who had just graduated from full pinafore to a skirt and starched shirt.

As always, there were a few nerds who were actually into planets and other celestial objects. The guy who can pick out Venus or memorised the names of the Greek Gods was appointed Geek God. 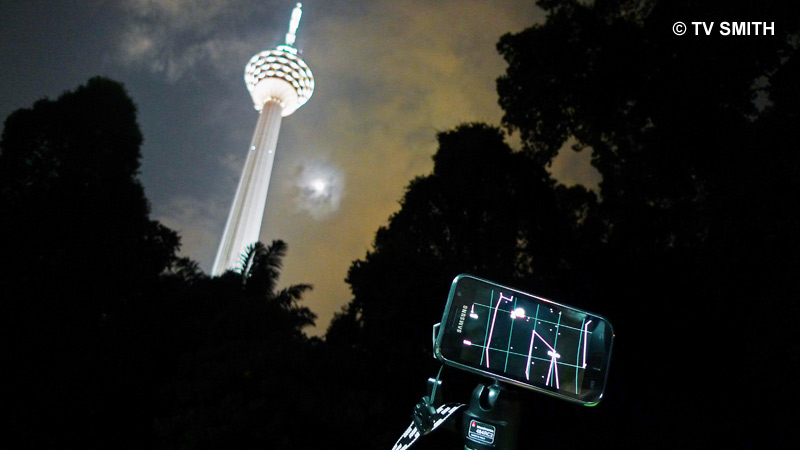 But who needs a constellation chart these days? With Google Sky Map installed on a Android phone, you can identify any planetary object in any weather, with pin-point accuracy.

The program is able to do this because it calculates the view based on your GPS-detected location. It also makes use of the phone’s 3-axis accelerometer and compass to change the sky view as you move the phone about.

During the full moon earlier tonight, I knew exactly where the shy moon was hiding. All I had to do was to point the camera in its direction and wait for the clouds to clear (as in pic above). By the way, Gamma Virginis is a star in the constellation Virgo.