The pilot told me later that the afterburner screws up fuel consumption badly but what drama! Is the Langkawi International Maritime and Aerospace (LIMA) Airshow. Instead of relying solely on a tele lens, I switched to a 50mm fixed-focal lens and walked nearer to the ground aircraft for a dual look. Is called zooming with your legs.

The tarmac on the runway isn’t the best place to photograph the air show though. The many hills on the island provide a better vantage point especially when there is formation flying. 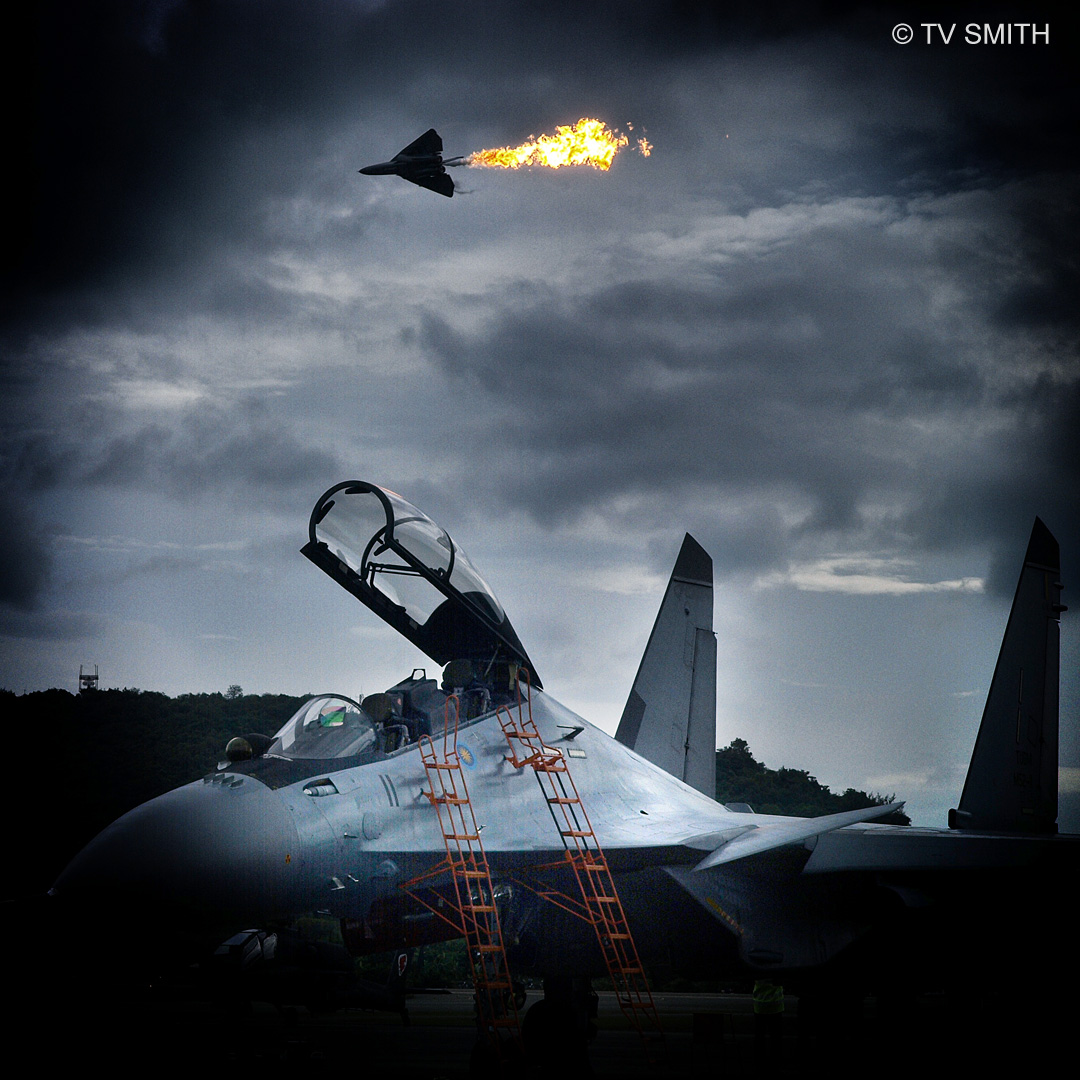