My Olympus OM-D camera reminds me of the Geena Davis character in the 1996 film, The Long Kiss Goodnight. She is an adorable soccer mom and sweet homemaker to her husband and daughter. Push her and she becomes a lethal killer who can shoot a moving target with a high-power rifle, a mile away. She leads an explosive double life (albeit with amnesia).

When properly fitted out for ENG video, the OM-D attracts a lot of curious stares. One sweet Chinese girl in Petaling Street asked me if she can pat the cute dog attached to my camera. At Leboh Ampang later, there were constant shouts and giggles of Nay! Nay! (dog in Tamil)

The Thaipusam crowd were referring to the furry windshield over the microphone. Its purpose is to cut down wind noise when used outdoors. The one on the camera is made by Zoom for the attached H4N 4-track portable digital audio recorder.

Shown unmounted below is the Rycote version over a windcage for a longer stereo  directional microphone. It came with a comb and brush. The Rycote name is synonymous with microphone windshields the world over, from News, TV to Hollywood.

As Samuel L Jackson (Geena’s co-star in Long Kiss) said in another movie: “The very best there is. When you absolutely, positively got to shoot every mofo in the room, accept no substitutes”. 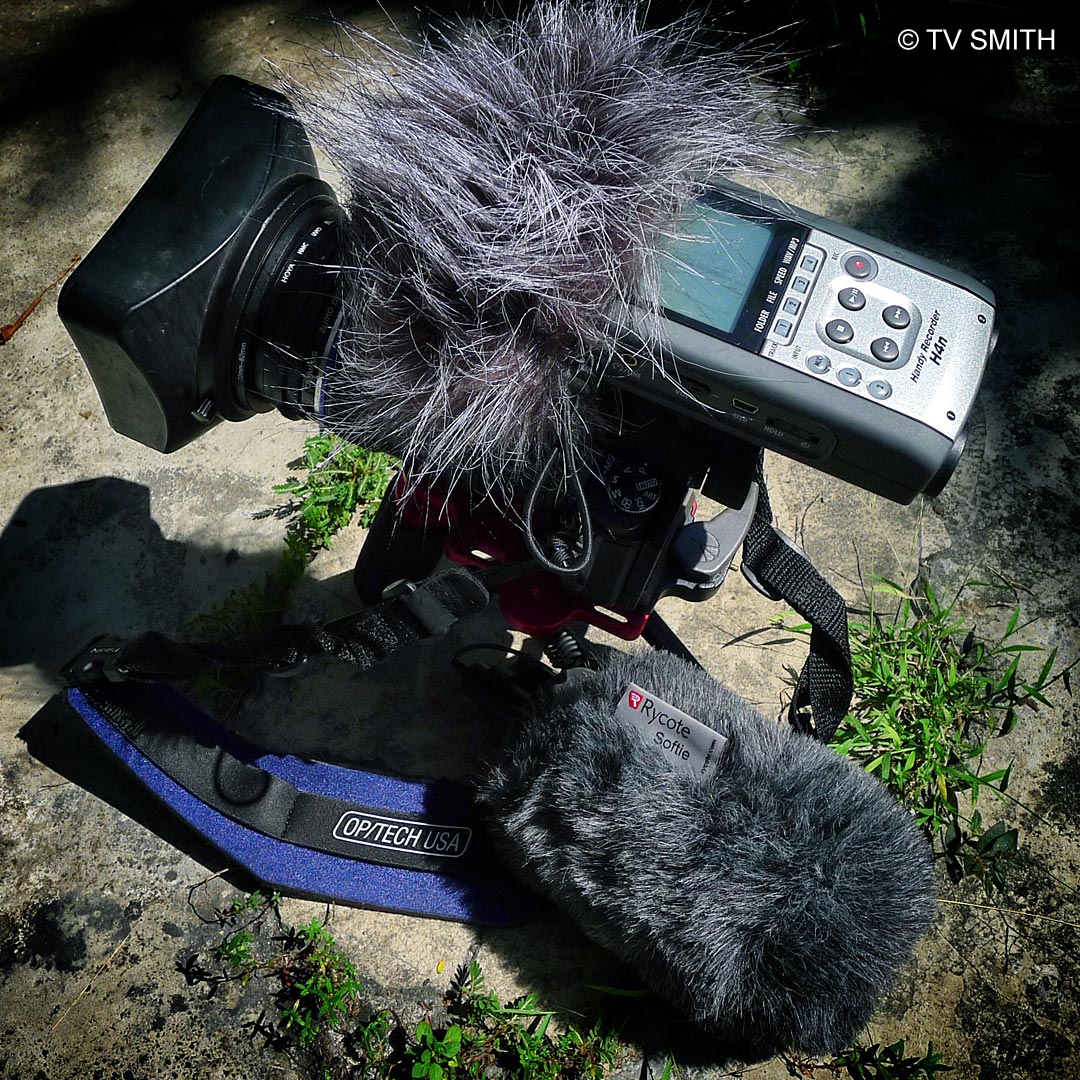