In Malaysia and Singapore, you will often see a little red shrine under a tree or next to a big rock. The La Tuk Kong (in Hokkien) or Na Tok Kung (in Cantonese) is a Malaysian deity with a unique Malay-Chinese name. La Tuk is datuk or grandfather in Malay and kong is diety in Chinese. Believers consider it to be the spiritual protector of the area it reigns. The deity has its roots in a bizarre mixture of Taoist elements, traditional spiritual healers (bomoh) practices and superstitions.

Worshippers light incense sticks, candles and bring fruits as offerings. La Tuk is a heavy smoker as he is often appeased with tembakau jawa, rokok daun and kemanyan (aromatic benzoin). Often, the motive is to ask for a lucky number to bet at the lottery shop. If the devotee is lucky, the La Tuk Kong’s humble abode gets a makeover with concrete and metal gates. Superstitious construction workers will often clear everything on site but leave the shrine alone as a peace gesture or for fear of retribution. 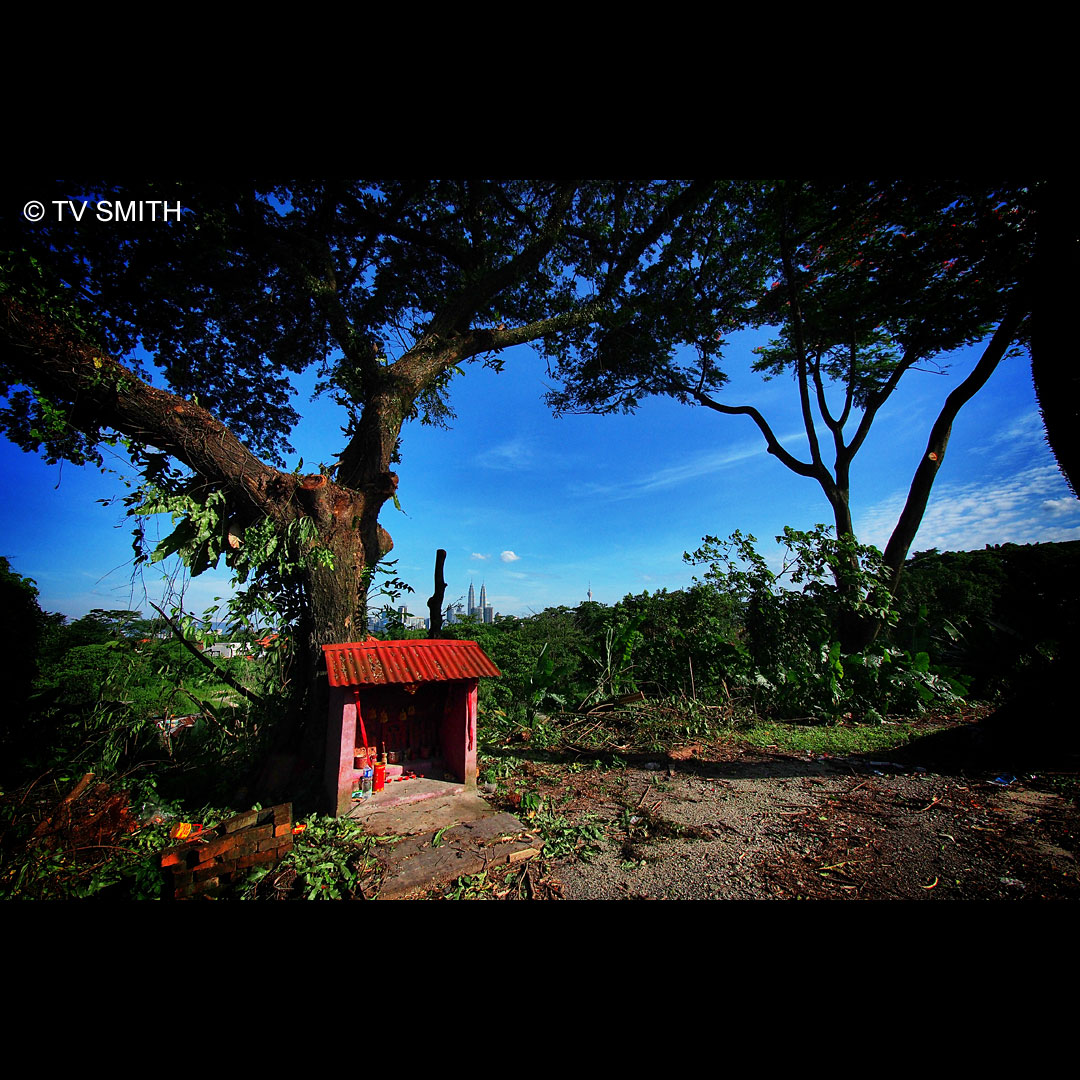