Kampung LBJ originated as the abbreviation for Lyndon B Johnson. The former U.S.  President visited the FELDA settlement in 1966. Sleepy Labu Jaya was renamed in honour of the visit and as a symbol of the warming of ties between the two countries.

Another unique aspect of the kampung are the bungalows and extravagantly renovated houses. In 1996, many of the settlers became instant millionaires when their land was bought by the state.

In the centre of the village is Masjid Kariah Felda LBJ. I like the the mosque’s simple architecture, especially its wireframe arch and the golden umbrella ‘dome’. 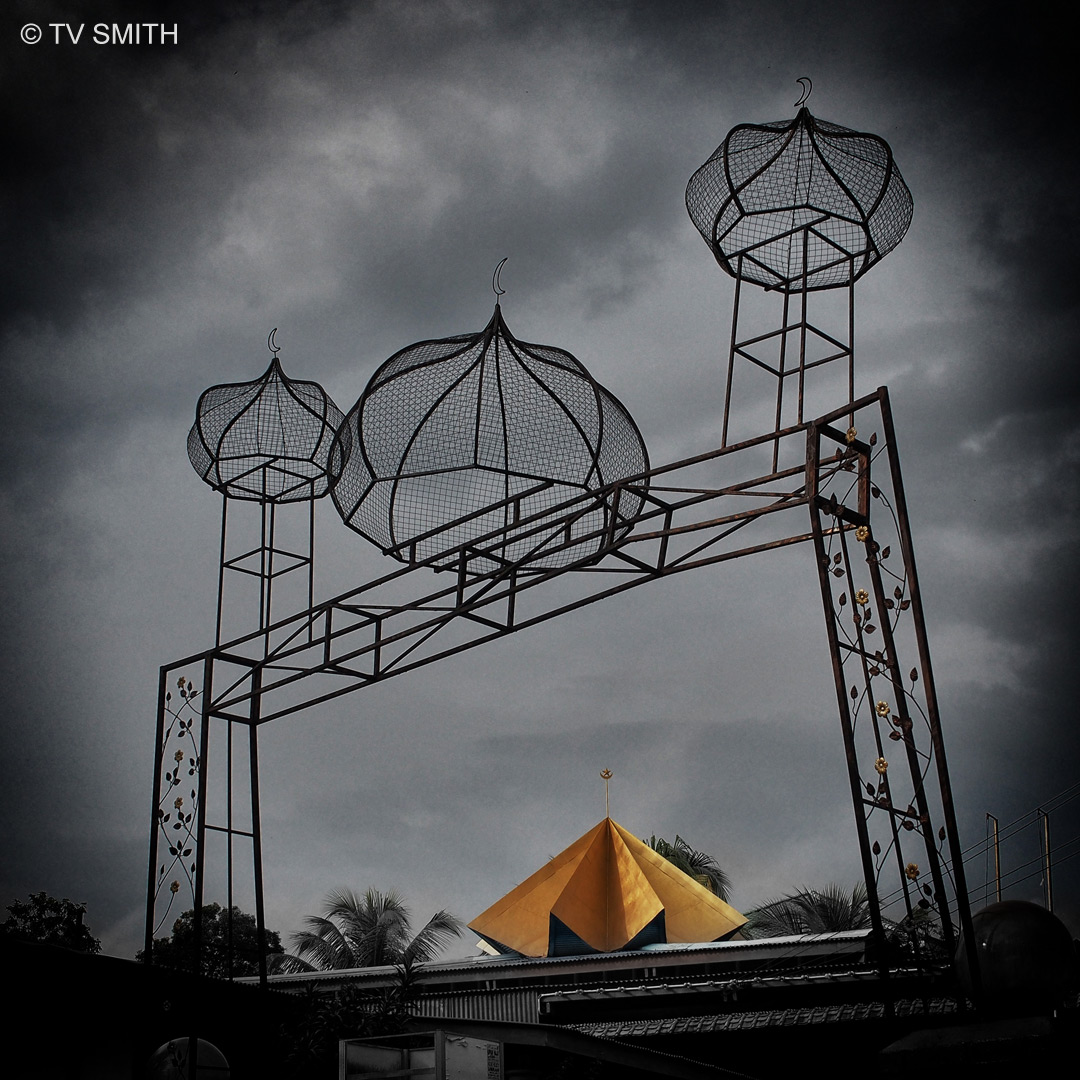