When I saw this guy near a Ramadan market, I asked him if he is from Central Asia. With a broad smile, the young man said he is from the Middle of Asia. Turns out, he is from Afghanistan and is studying Geology at a university here in Kuala Lumpur.

We discovered we have a mutual interest in Comparative Religion. Under the rain, we discussed the similarities and differences between Islam and Christianity. How did this fascinating but complex topic even get started in a chance encounter between two perfect  strangers? Furthermore, the rain was getting heavier.

Behind him is the very old Chow Kit Sikh Temple or Gurdwara Tatt Khalsa Diwan. It is the largest Sikh temple in Southeast Asia. Sikhism is another monotheistic religion but it is not Abrahamic. It was founded during the 15th century by Guru Nanak in India. At one point in history, the Sikh army conquered parts of Afghanistan as it expanded the borders of the vast Sikh Empire. 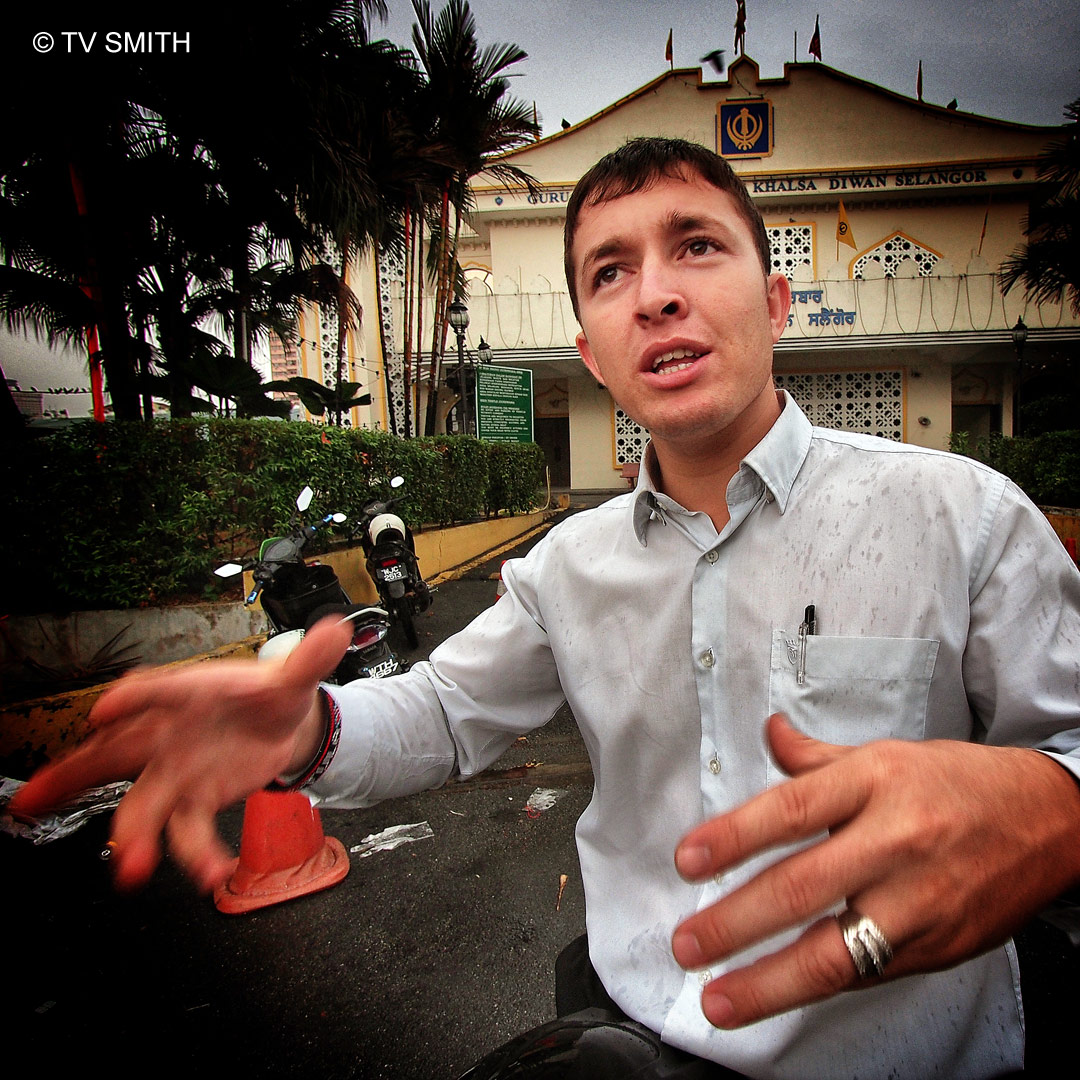