Of late, Malay restaurants serving Chinese cuisine are getting popular in the Klang Valley. However,  the reverse is less common. Thus, I was pleasantly surprised to stumble upon a Chinese shop selling authentic Malay food.

Nasi Dagang Kelantan Capital is run by a Chinese family from Kota Bharu. They have been operating in Kelantan for 9 years and opened in Petaling Jaya a month ago. I conversed with the owner, a Mr Foo, in Kelantanese Hokkien (Fujian dialect). The other option was to speak with him in Kelantanese Malay which sounded like Double Dutch to me.

Served in waxed paper, this East Coast speciality originated from Southern Thailand. The rice is cooked with coconut milk, shallot, lemongrass and fenugreek. For the ‘lauk’, you have a choice of tasty beef rendang, curry chicken, prawn, squid or ikan tongkol (mackerel tuna).

I tried the chicken with rice soaked in gravy (photographed here) and found the combo very delicious. The condiments include a slice of boiled egg, a big piece of anchovy, salad and sambal. For buka puasa (breaking of fast), you need to takeaway before 7pm as the shop closes by that time.

Capital Restaurant is at 29 Jalan 21/1A, Damansara Utama (Uptown). 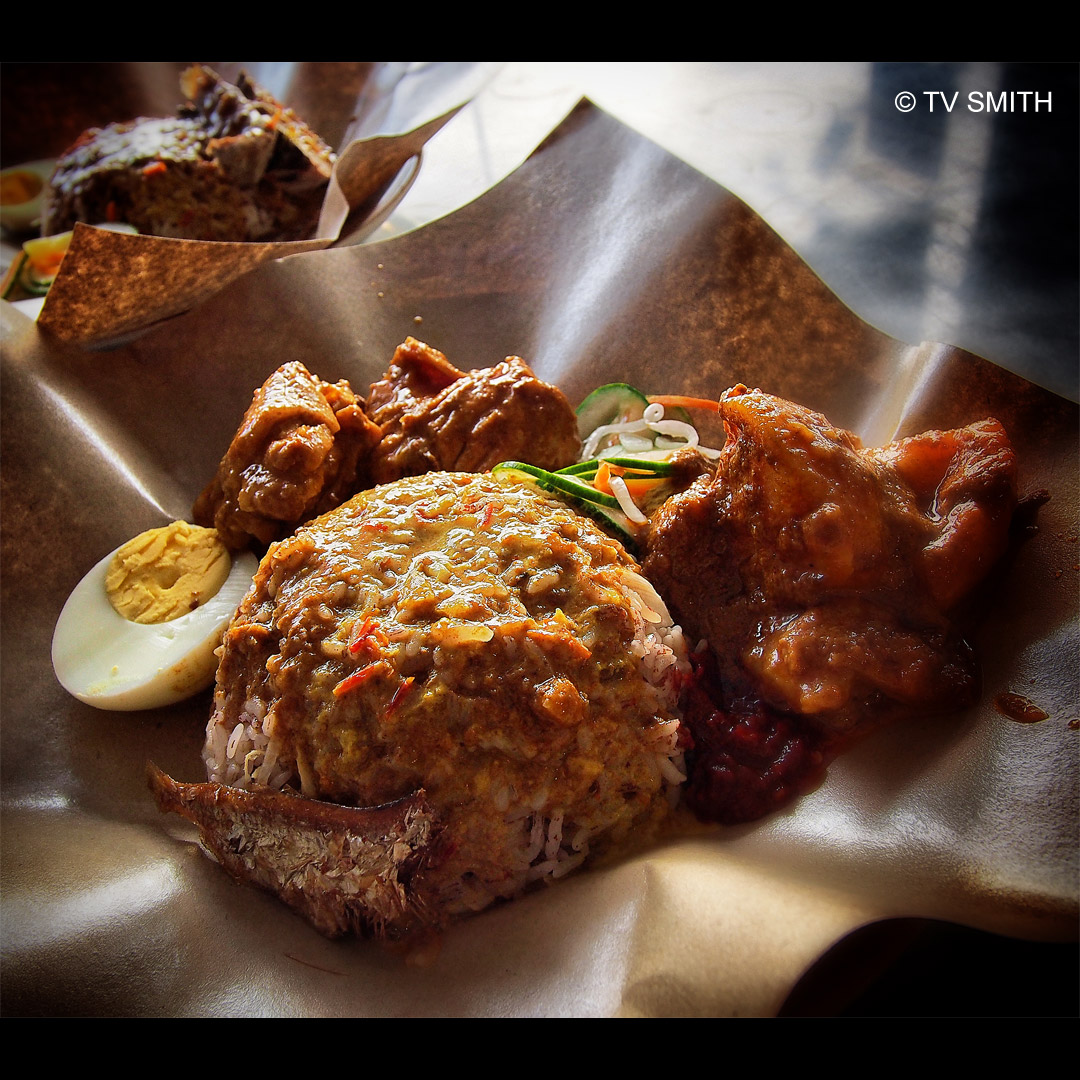